If you’re experiencing some bodily discomfort, don’t be so quick to chalk it up to the flu. There are a lot of flu-like symptoms of sexually transmitted diseases (STDs) that disguise themselves as normal body ailments. If you’re sexually active, and you’re experiencing some unfamiliar symptoms, read this list! These symptoms may seem like a normal allergy, cold, or flu symptoms, but in reality, they could be STD symptoms in disguise. So please, for your sake, if you have any of these STD symptoms, get tested immediately! 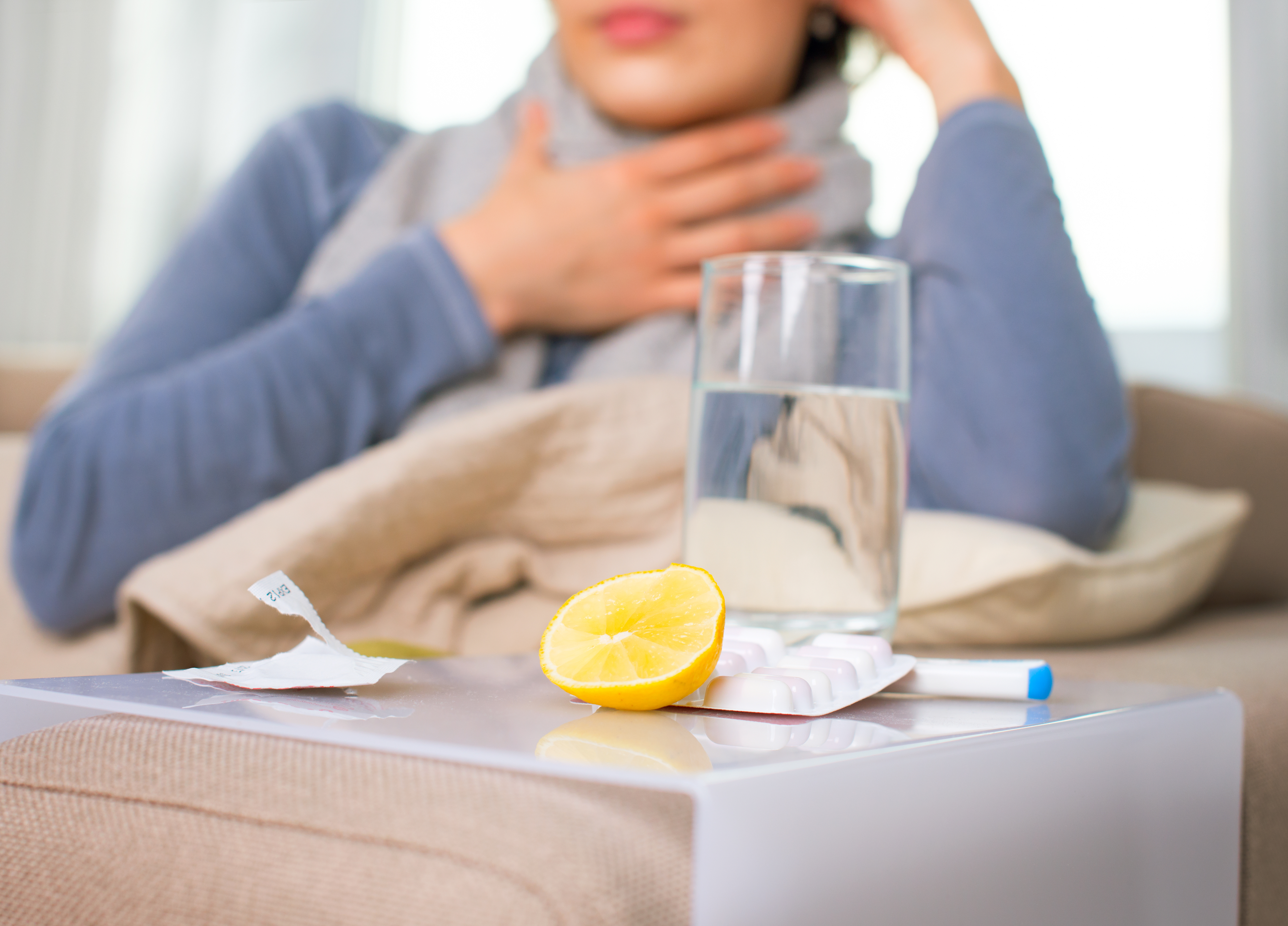 These symptoms aren’t usually associated with STDs, but they can indicate that an STD has progressed and is now wreaking havoc on your body. Many of these symptoms are viral infections or are caused by chlamydia or gonorrhea, which are infamous for being asymptomatic (not displaying symptoms) in their early stages. Don’t wait until it’s too late; any symptom may not be as innocent as it appears.

Fatigue is a symptom of a late-stage chlamydial or gonorrheal infection. It can also be caused by Hepatitis A, B, and C. When experiencing fatigue, it’s easy to chalk it up to a late night out, but it could be an indication of something much more serious. 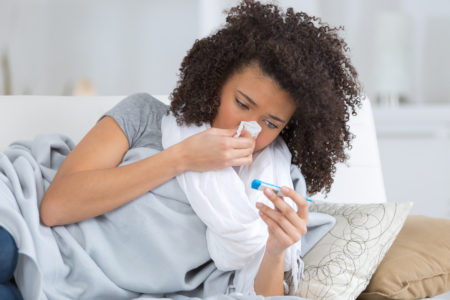 Fevers can be caused by chlamydia, gonorrhea, syphilis, HIV, Hepatitis A, or herpes. Fevers always indicate that your body is trying to fight off an infection, but a lot of people may not know that the infection could be the result of a burgeoning STD.

Nausea and Vomiting are symptoms of syphilis, Hepatitis A, Hepatitis C, and HIV. Thinking you might have just eaten something bad, or that you have the flue and your body will take care of it is a sure-fire way to continue spreading the virus, and allowing the virus to burrow deeper into your system.

Headaches can be caused by HIV, syphilis, or herpes. Headaches are easy to ignore. You simply take some ibuprofen and move on with your day. But if you have a headache and you may be at risk for an STD!

Abdomen, Lower Back, or Joint Pain

Pain in your abdomen may be a sign of a chlamydial or gonorrheal infection that has progressed. Late-stage chlamydia and gonorrhea can infect the pelvis and cause Pelvic Inflammatory Disease (PID). If left untreated, PID can lead to long-term pelvic pain, infertility, tubo-ovarian abscess, and/or ectopic (out of the womb) pregnancy.

Pain in your lower back may be a sign of chlamydia, gonorrhea, or herpes prodrome. Herpes prodrome is a physical pain that typically means a herpes breakout is about to occur. The pain can be located in your lower back, thighs, butt knees, or feet. Herpes prodrome also indicates a time when you’re most susceptible to spreading the virus. But even though you may not be exhibiting herpes lesions, you’re still at risk of spreading the virus.

Swollen lymph nodes can be caused by chlamydia, gonorrhea, syphilis, herpes, or HIV. 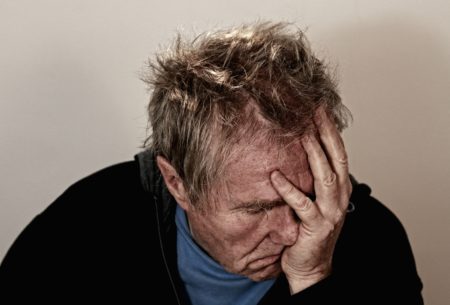 Swollen testicles, or “orchitis,” is typically caused by chlamydia, gonorrhea, or syphilis. Orchitis occurs because of the spread of bacteria through the blood. It can be characterized by pain in one or both testicles, they may turn a purple or red color, they may feel heavy, and there may be blood in the semen.

A sore throat may be an indication of chlamydia, gonorrhea, syphilis, or herpes. All of these diseases may cause pharyngeal or throat infections following oral sex. A sore throat is usually seen as just a mild annoyance, but it’s nothing to be taken lightly. If you’re having trouble swallowing, or have a persistent sore throat, be aware of the dangers that might be lurking.

Eye infections can be caused by STDs. Chlamydia, gonorrhea, and syphilis are three culprits who all cause eye infections. These infections occur either directly from the source of the STD, or from secondary exposure (having the STD on your hand and then rubbing your eye). If left untreated, these rare forms of conjunctivitis can lead to partial or permanent blindness.

A body rash isn’t usually thought to be associated with STDs, but both HIV and syphilis can cause rashes to appear on random parts of your body. If you notice a new rash after engaging in unprotected sex, be sure to get tested.

Diarrhea is never fun, and though it’s usually an indication that something’s not right, your first thought may not be that you’ve contracted an STD. HIV can give you chronic diarrhea, and chlamydia, gonorrhea, and herpes can produce diarrhea as well as painful bowel movements. 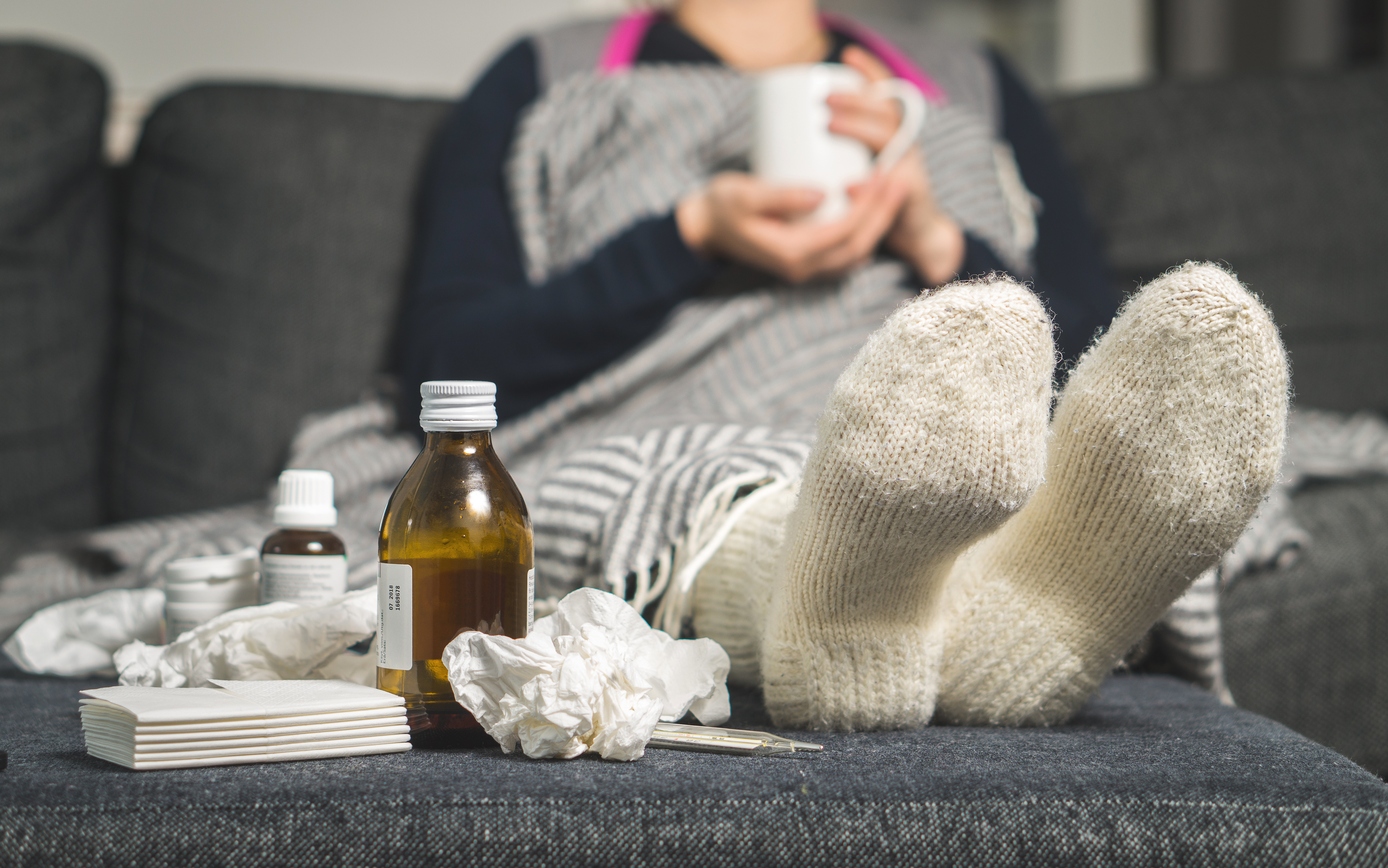 These symptoms are what you typically think of when you think of STDs. If you have any of these symptoms, especially in conjunction with any of the Deceptive Symptoms, you need to get tested today!

Discharge or Bleeding Between Periods

If you’re experiencing discharge from your penis, vagina, or anus, this could be a sign of an STD. Discharge is one of the most common symptoms of gonorrhea, chlamydia, trichomoniasis, bacterial vaginosis, and vaginal thrush.

Bleeding between periods can be a sign that you’re suffering from a late-stage chlamydia or a late-stage gonorrhea infection. If left untreated, both of them can infect the uterus causing inflammation and PID.

Basically, if anything is dripping and it shouldn’t be dripping, you need to get it checked out.

If you have any lesions, sores, bumps, or warts on your genitalia, you need to be tested immediately. These are the early signs of a myriad of STDs, including syphilis, herpes, HPV, and HIV. Even if they are painless or only there for a short amount of time, don’t brush them off; sores can be the only sign of an STD in some cases!

The fastest results possbile – available in 1 to 2 days

Are you itching down there? Itching can be caused by chlamydia, genital warts (HPV), herpes, trichomoniasis, pubic lice, and gonorrhea. Putting talcum powder in your underwear will help the symptom, but it won’t cure the disease.

Painful sex should be an indicator that something’s wrong. Most common STDs that cause painful sex are gonorrhea, chlamydia, syphilis, and herpes. If you’re experiencing painful sex, you need to be tested.

STD symptoms aren’t always obvious. What you think might be flu-like symptoms could easily be the symptoms of an underlying STD. Don’t allow yourself to fall victim to undercover STD symptoms. Keep you and your partner(s) protected and get tested if you think you have an STD.

All supplements and productsn on this website are fulfilled through Amazon.com